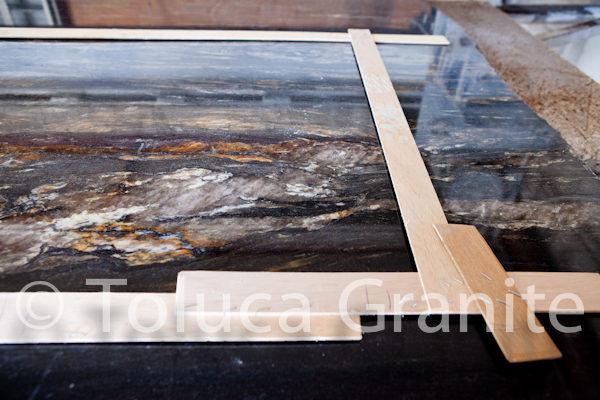 Cosmic Black granite often has large chunks of white and gold, spread across a shimmery black background. Whether or not it looks good depends on how well your granite fabricator (that would be us) can lay out your templates before cutting – bad joints can ruin the look of this expensive material.

To show you what we mean, take a look at this template and how different the counter will look depending on how it is arranged on the granite slab: 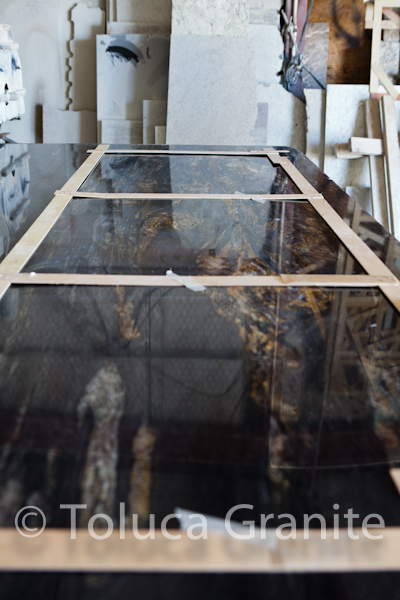 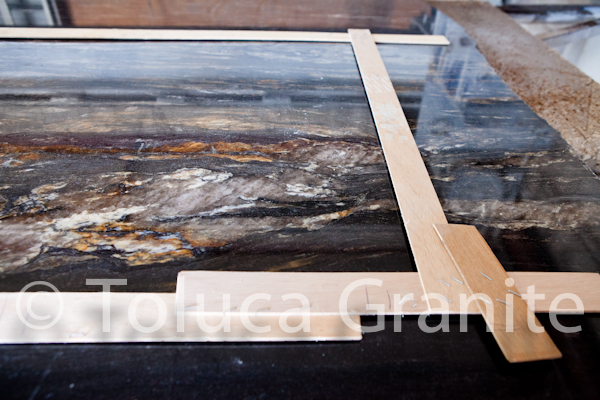 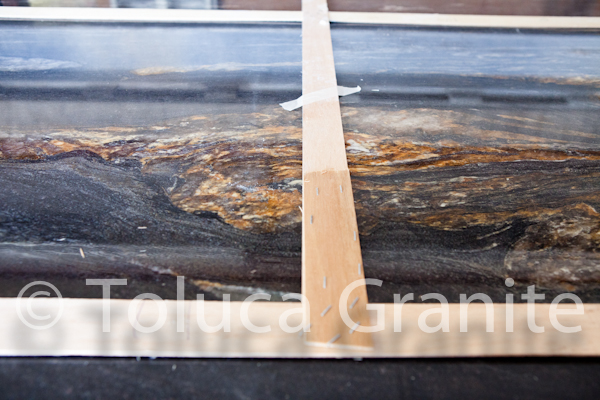 So, when you are out shopping for granite slabs for your kitchen or your outdoor BBQ, consider how the material will lay out on your counters. If it’s a busy, bold granite like Cosmic Black, you might have to buy more of it to make sure the joints at the corners look good (or to avoid joints completely).

You should also plan to visit our shop once we have the templates for your kitchen so you can see how they will lay out on your slabs.

What’s that phrase – measure twice, cut once? Yeah, no second chances for this! 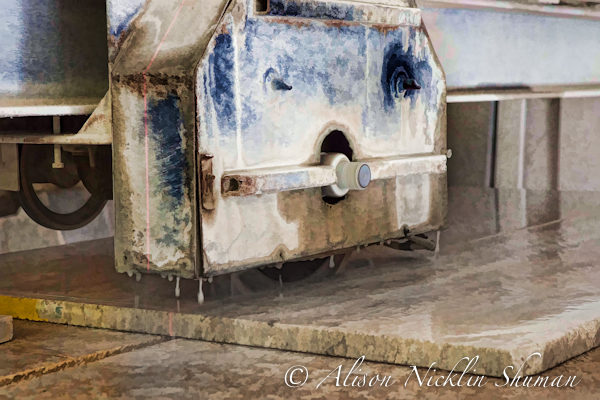 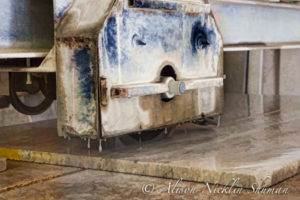